hardhat is a developer focused package designed to ease the creation of new modeling packages, while simultaneously promoting good R modeling package standards as laid out by the set of opinionated Conventions for R Modeling Packages.

The idea is to reduce the burden of creating a good modeling interface as much as possible, and instead let the package developer focus on writing the core implementation of their new model. This benefits not only the developer, but also the user of the modeling package, as the standardization allows users to build a set of “expectations” around what any modeling function should return, and how they should interact with it.

You can install the released version of hardhat from CRAN with:

And the development version from GitHub with:

To learn about how to use hardhat, check out the vignettes:

You can also watch Max Kuhn discuss how to use hardhat to build a new modeling package from scratch at the XI Jornadas de Usuarios de R conference here. 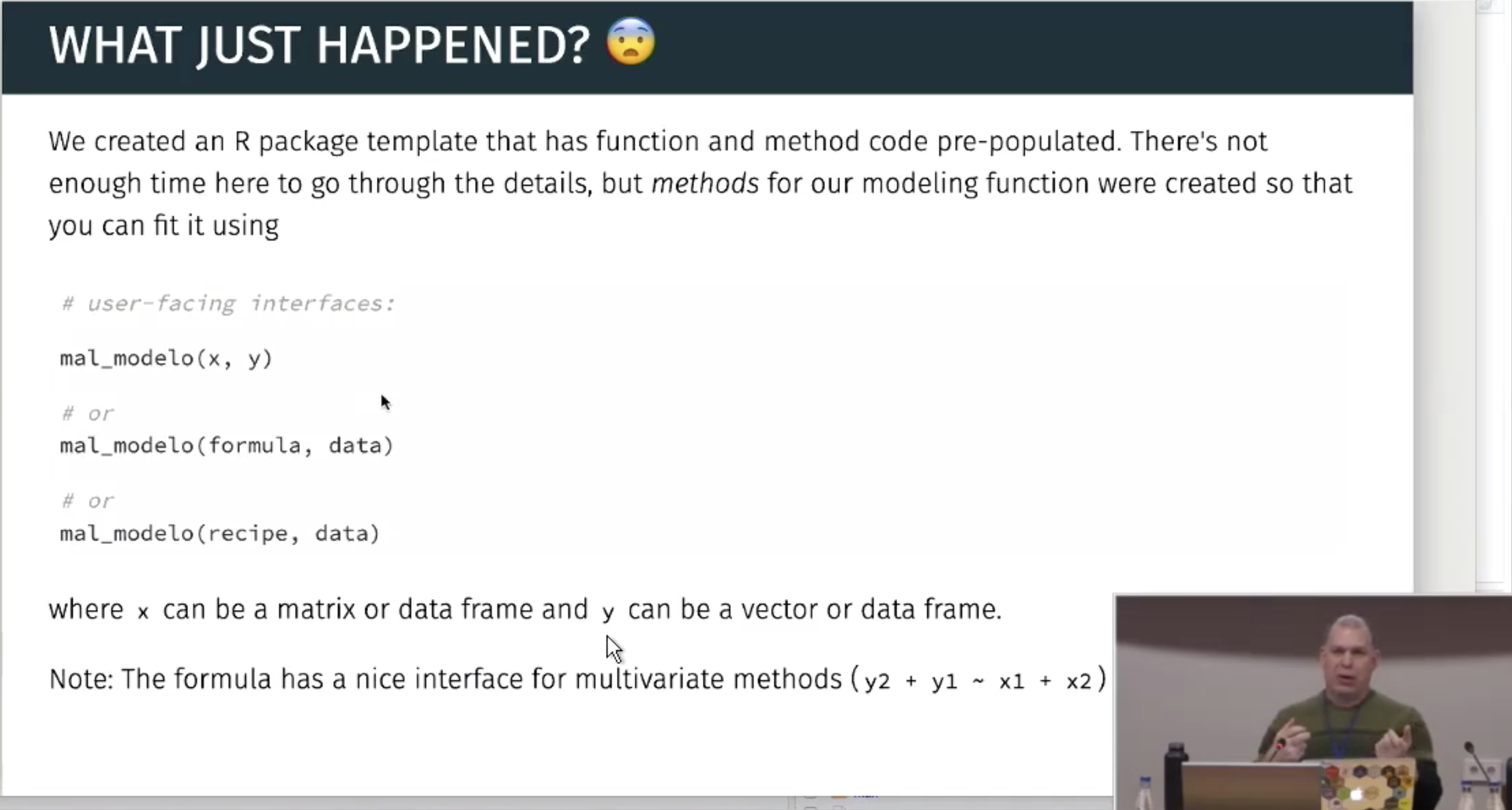 This project is released with a Contributor Code of Conduct. By contributing to this project, you agree to abide by its terms.